Your cart is empty

Only limited ranges are displayed on the website. Visit in store for more! 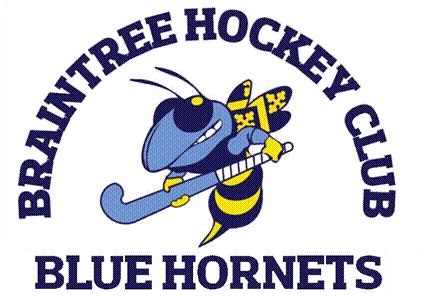 With Great Britain Ladies being current Olympic Champions, the popularity of Hockey is on the increase.

Hockey is a great sport for fitness, as well as making new friends and having fun. So check out the website of your local hockey club in Braintree to see what they can offer.

The club offers hockey training for everyone, regardless of age or ability. The training on offer can be started at age 5 and can be continued for as long as you see fit!

Our Blue Hornets Junior section, regarded as one of the best throughout the Eastern Region, train at Felsted School and runs teams covering all youth age groups up to and including under 16. The senior section is based at out our club facilities in Braintree and there are 4 men’s teams and 4 ladies' teams playing each Saturday through the season, training once per week.

In addition the club provides:

All the training times we have are on our website.

All Club members receive a 10% discount in store at Out There Sports who also are the clubs main senior shirt sponsor.

If you are looking to hire an astro, or use a small meeting room or some other indoor association, the club owns its own facilities which are available to hire.

We are always looking for new players and coaches of any age or ability, as well as people who would like to help run the club. For more details about the club, check out our website or contact us. 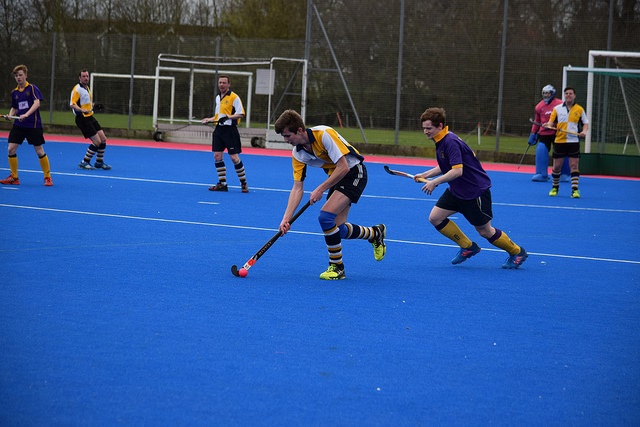 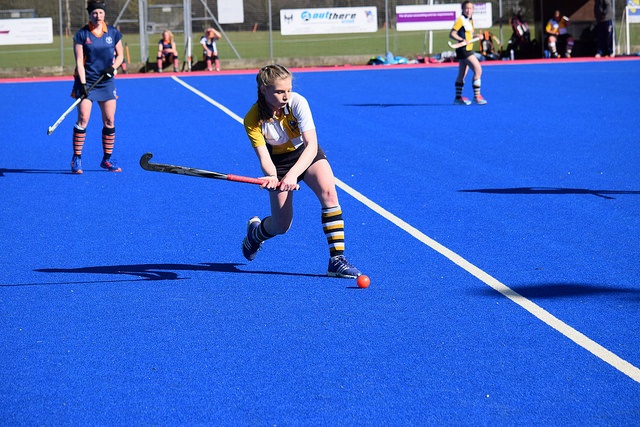 We recently had the pleasure of sponsoring the Blue Hornets journey to the regional finals. We provided them with waterproof training jackets - something which came in very handy on the day as it was one of the wettest, windiest and coldest end of April days on record! 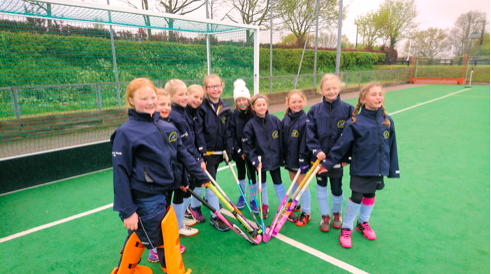 With the weather reminiscent of the freezing cold weekend, we qualified for the regionals at Redbridge, the Blue Hornets U10 girls met at Harleston ready to play the best in the region. Cue tent envy - the U10 boys marquee was quite something to behold.

First up were Sevenoaks who were quite a physical team and we managed three injuries in the first 10 minutes. Unfortunately one of the injuries resulted from a high ball in the D that hit one of our players in the face. The umpire wasn't aware of the incident and Sevenoaks scored as a result. Cue uproar from the coaching team and a complaint lodged with the organisers but to no avail. A draw would have been a good reflection of the game. A quick sock change for the next match against Sudbury and once again we were unlucky to lose by one goal.

A bit of a change of format against Hertford reaped rewards. It was once again a very close match and our one goal won it; a tense second half and jubilation at the final whistle. We knew the next two matches would be really difficult. Canterbury were a well drilled team and managed to put 4 past us, despite some fantastic defending. We finished against the hosts who put three past us, although this wasn't representative of how we played.​ 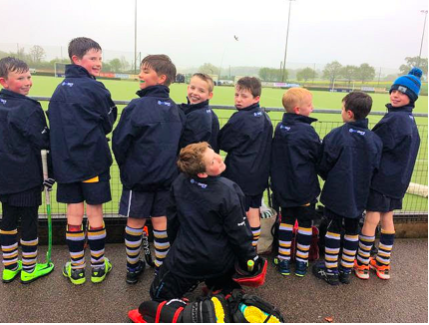 Blue Hornets U10 Boys came a credible 3rd in their half of the group with 6 points from four games. A win against Blue Harts would have been enough to see thems finish 2nd in group, however they pressed forward a little too much in the opening two games and got caught on the counter attack. Luke in goal made several fine saves and kept a high level of concentration throughout the tournament. Rufus made lots of excellent runs into the D and was rewarded by a goal in the early game vs Harleston Magpies (final score 1-3 to the Magpies). Cameron scored an excellent long range tomahawk from the top of the D vs Blue Harts but the final score was a 1-2. Lesson learned from the opening games, Henry and Hugo defended stoutly and helped the team keep a clean sheet for the remaining two group games.

The team had a confidence boosting 1-0 win against IES. Alex was brought more into the play and he really troubled the opposition defenders with his speed and close control. Ben and Leo showed their adaptability having played in numerous positions over the course of the day.

Final group game saw us matched with a very strong Cambridge City team who had beaten all before them up to that point. Blue Hornets pressed forward right from the start and looked the stronger team. They were rewarded by an early goal and created a number of fine chances, running out eventual winners 1-0, much to the delight of the then very cold and wet supporters. 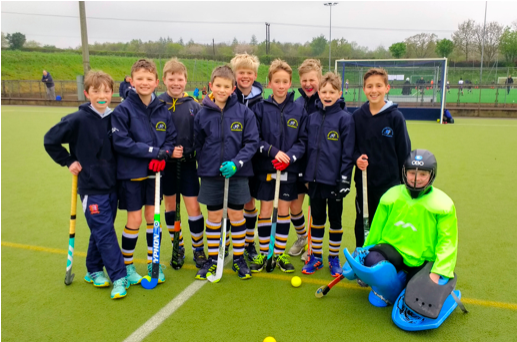 The U12 Boys had an amazing day. First up were Blue Harts who had aspirations of the title and through incredible team play, pace and precision we managed to defeat them 2-1. There were not amused! Toby and Alistair showed great composure moving the ball around in defence and feeding the attack. Their calm confidence was to continue all day. Next up we were undone by some questionable umpiring (I know, everyone says this) but it really did knock us for 6. Playing sophisticated hockey vs Felixstowe confused the junior umpires who sided with the underdogs. Losing 2-1 was not on our game plan.

Normal service was resumed vs Spalding with a 4-0 victory, Luke coming into the defence and taking the game to the opposition. Who would have known he was new to the game this year! Tegid, Guy, Jake and Finn worked seamlessly together changing the format and attacking patterns in what was really a class hockey display. Finn has another year at U12s and will continue to be a serious playmaker. Peter put in a great stint on the wing too showing the real promise he possesses. Cambridge City were equally adept at playing great hockey though and both coaching teams knew that it would take only one nicked goal to win this one. Despite some heroic saves from Charles (we have depended upon him so much this season and he has been amazing) it was Cambridge City who won this encounter.

The group had been wide open but all avenues for progression now seemed closed to us. We were disappointed but the compliments from other coaches about how the boys played a great style of hockey were comforting.

We went to the pitch for our last match vs Norwich City to find that Blue Harts had just lost to Spalding! All we needed to do was win and we were through due to our superior goal difference. This was the game of the day with a really superb team effort only enhancing Guy’s hat-trick confirming him as one of the stand out players of the tournament. Tegid was also complimented for great competitiveness and sportsmanship by the adjudicating umpire, a great accolade! 5-1 and we were semi finalists!

Norwich Dragons were typically huge! Playing a ‘bully boy’ game with plenty of overheads and hard hitting they were a force to be reckoned with. Again we had our chances with Jake masterfully pulling the ball in from the left wing time and time again and Charles saving many of their opportunities but they were 2-0 up at half time. We created more chances in the second half forcing Norwich Dragons to concede their first goal of the day and were in the ascendancy when our time ran out. With Norwich City going on to win the final vs OLs we can consider ourselves worthy of third place!

Team work has been the essence of this team and the boys have worked on it hard all year. Their quick passing game, mixing up the play and scoring clever goals moving the ball around in the D has created a very mature game from these boys. They can feel very proud of themselves.

The U12 girls had a tough start facing Sevenoaks, last year’s National Champions. With their new Regional Performance centre they are taking the world by storm and played a totally different brand of hockey then all other teams present. It was a difficult start for our girls. Bury were immediately afterwards which on a normal day the girls would have won, but the girls were still shell shocked from the first game. This was the pattern for the day with near misses all round but they showed great effort and attitude throughout.